“Text-based artist Hiba Abdallah has released an experimental book called Dear Walkverille, It’s Not Always About You. It’s a publication that explores the changes that the historical area has gone through over time, while analyzing the impact the neighbourhood has had on the city as a whole.” 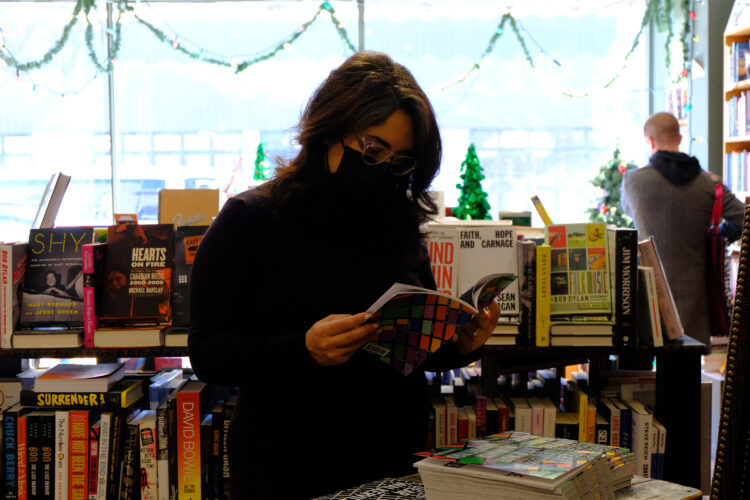 Thank you to everyone who came to Biblioasis bookshop last Saturday Nov. 26 to meet Hiba and hear about the book.

If you didn’t have the opportunity to get a free copy of the book you can download the pdf by clicking on the link below:

Support for the creation of the New Voices Community Arts Residency is provided by a grant received from the My Main Street Community Activator program offered by the Government of Canada through the Federal Economic Development Agency for Southern Ontario (FedDev Ontario) and delivered by the Canadian Urban Institute.