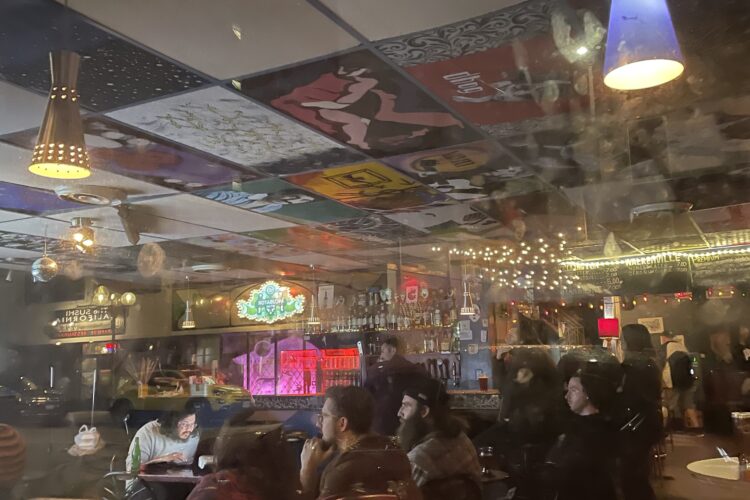 This free performance was followed with a DJ set by Odessa! 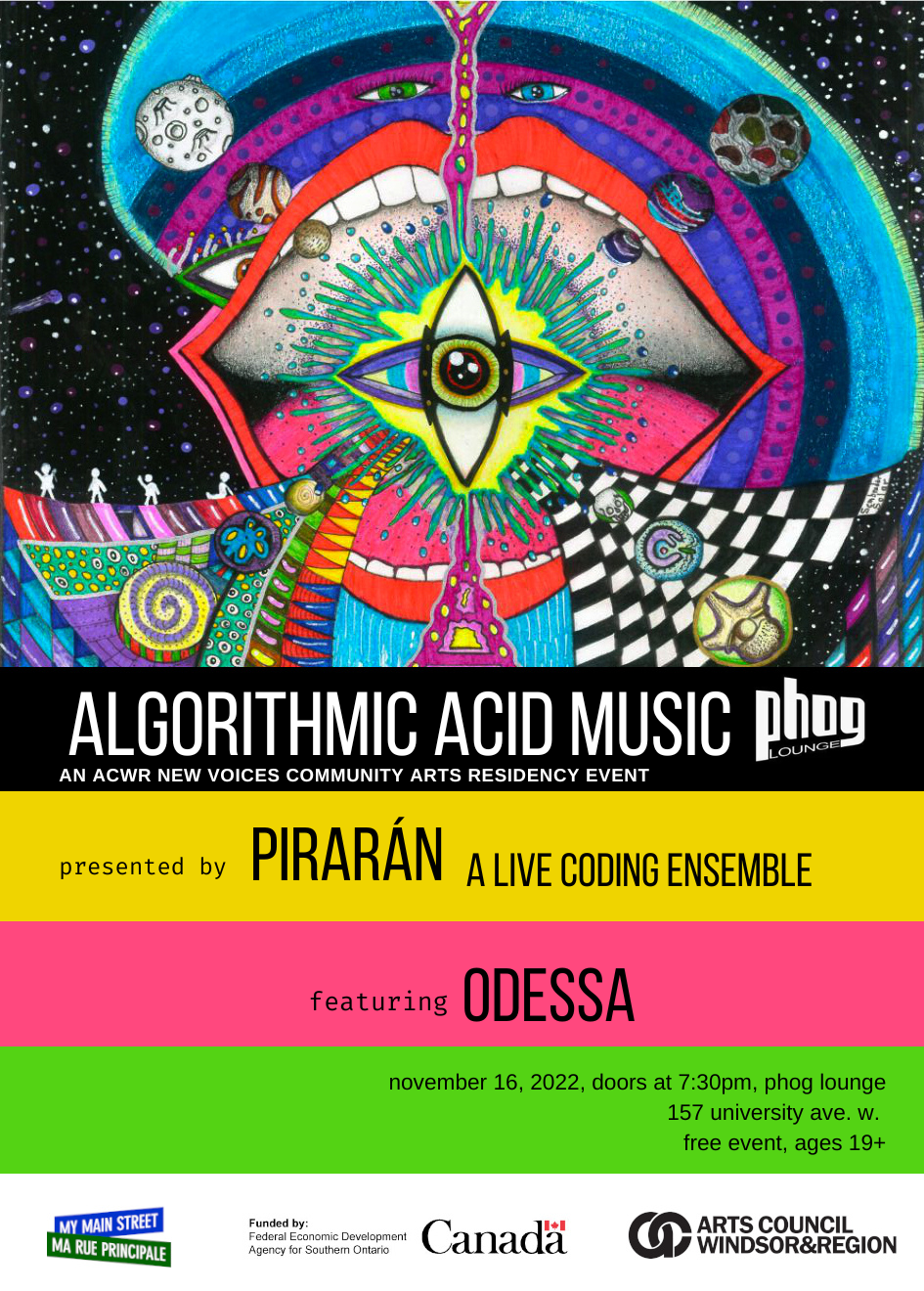 Thank you so much to everyone who came to ArtSpeak gallery this past Saturday, Nov. 12th to attend the live coding concert!

If you missed the event, you can still see and hear it here.

Support for the creation of the New Voices Community Arts Residency is provided by a grant received from the My Main Street Community Activator program offered by the Government of Canada through the Federal Economic Development Agency for Southern Ontario (FedDev Ontario) and delivered by the Canadian Urban Institute.