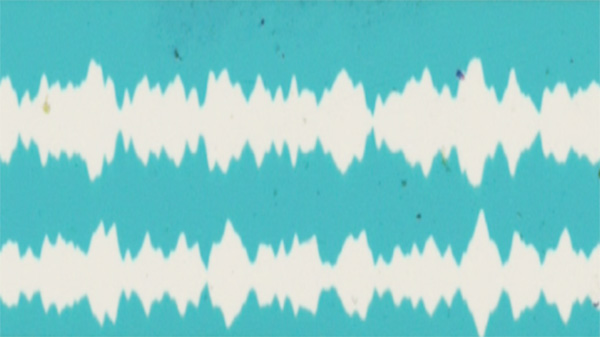 TIFF Deep Focus is a free workshop series that invites film lovers and emerging creators from equity-seeking communities to explore the many facets of film as a medium for creative self-expression, essential skills development, and social connection in a supportive online environment. To learn more about TIFF’s Community and Access programming, please contact outreach@tiff.net or visit tiff.net/community.

TIFF Community Impact hosts artist, activist, and scholar Syrus Marcus Ware for an expressive-writing workshop inspired by Marlon T. Riggs’ 1989 documentary Tongues Untied, featured in TIFF’s Queer Becoming programme. A reflection on the intersection of homophobia and racism that confronts Black gay men, the film affirms Black queer identities and experiences through a combination of poetry and other forms of artistic expression. Join us to explore poetry as a vehicle for self-expression, community building, and activism.

Syrus Marcus Ware is a Vanier scholar, visual artist, activist, curator, and educator. He uses painting, installation, and performance to explore social-justice frameworks and Black activist culture, and he’s shown widely in galleries and festivals across Canada. He is part of the Performance Disability Art Collective and a core team member of Black Lives Matter – Toronto. He won the 2017 Community Arts Award (formerly the TD Diversity Award) and the 2012 Steinert & Ferreiro Award, and was named “Best Queer Activist” by NOW Magazine in 2005. He is the co-editor of the bestselling anthology Until We Are Free: Reflections on Black Lives Matter in Canada (2020).

This workshop will be hosted live on Zoom. Participation is open to all, but capacity is limited and priority will be given to registrants who self-identify as LGBTQ+ and/or BIPOC (Black, Indigenous, and/or people of colour).

We’re teaming up with POV and award-winning sound designer Maddie Bautista for an interactive workshop about sound design as a tool to support your creative practice across various media and stages of production. Join Bautista and Oyin Olalekan, Programs Manager at POV, to learn about how sound can be used to tell immersive stories by evoking things like emotion, memory, place, and embodied experience for your audience.

This workshop will be hosted live on Zoom. Participation is open to all, but capacity is limited and priority will be given to registrants who self-identify as emerging artists who are Black, Indigenous, and/or people of colour and/or LGBTQ+.

Maddie Bautista (she/her) is a bi, Saudi Arabia–born Filipinx sound designer and composer based in Tkaronto (Haudenosaunee, Wendat, Anishnaabe, Mississaugas of the Credit). She was nominated for a Dora Mavor Moore Award for her sound design in Eraser for RISER Project 2019, and for the 2020 Pauline McGibbon Award. She is part of Musical Stage and Prime Mover’s 2021 NoteWorthy Cohort as a new musical theatre composer. Selected sound credits include OIL (ARC), bug (Theatre Passe Muraille), Wah Wah Wah (Wildside 2020), Private Eyes (lemonTree creations), and Our Fathers, Sons, Lovers and Little Brothers (b current). Bautista is the Artistic Facilitator of FIXT POINT Arts and Media’s Empathy Squad, a national training program for podcast creators, and the Co-Artistic Producer of Bad Muse Collective. She is debuting at the Stratford Festival this summer as the sound designer for I Am William by Rébecca Déraspe.

Oyin Olalekan is a writer, producer, and publicist based in Toronto. As the Programs Manager at POV Film, she designs programming for QBIPOC filmmakers and champions emerging stories from diverse communities. She has been responsible for the marketing strategy (traditional and online) for premiere screening events across Canada and the US. She has managed campaigns for the feature films Brown Girl Begins and Unfractured and the webseries virgins!, and she curated programming at the DOC Institute. In 2020 she designed publicity campaigns for cutsleeve and their EP the parts we could not abandon. Olalekan is a Winter Tangerine writing fellow and an alumna of the Beats + Intentions 2020 Playwright’s Unit. She is the director and producer of the short film Kitchen Talks and has two feature films in development. She holds a BA in English and Spanish literature from Western University, and an MA in Media Production from Ryerson University.