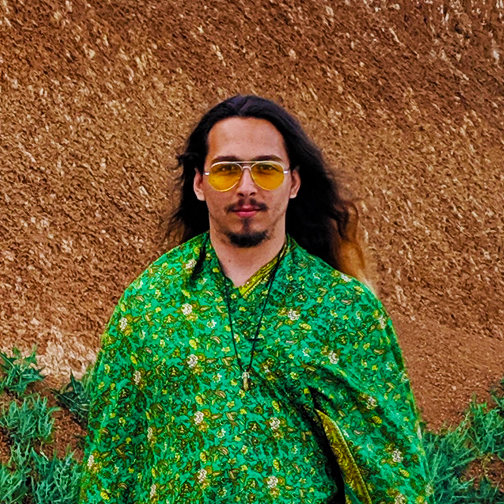 Alexei is a Romanian-Canadian poet and artist currently in their fourth year of English
Philosophy at the University of Windsor.

Since moving from Toronto to Windsor in 2017, Alexei has been consistently involved
with the local art scene. Whether it be through the University’s Humanities Research
Group (HRG) or art galleries such as Artcite Inc., Alexei has been an active volunteer
for both on-campus and off-campus events. These experiences have somehow led to
Alexei becoming a poet and artist themselves, much to their surprise. Accepting their
role as such, Alexei has started doing their own online readings and workshops in 2020.
Although their main goal is to pursue higher academia, Alexei seldom differentiates
between their artistic and academic work. Their research interests include Romantic
literature, existentialism, and critical theory. So far, Alexei has mainly been interested in
modernist and concrete poetry, asemic writing, and digital collage, yet they wish to
experiment with diverse forms of art such as painting, sculpture, and AV media.

Their art zigzags between existentialist themes such as physical and mental
displacements, differentiation and ambiguity, and contrasts and juxtaposition. In two
words, Alexei describes their practice as Glitch Mysticism.

In their final two years of study, Alexei hopes to continue contributing to Windsor’s
artistic heartbeat. Alongside their involvement with the Vanguard Youth Arts Collective,
some of Alexei’s plans include releasing a series of visual poetry zines and eventually
holding their own exhibition at one of the city’s galleries.