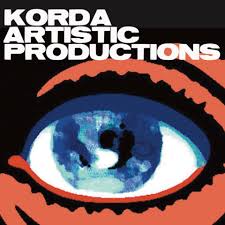 (Windsor, ON). The Extension-Korda Youth Players arm of Korda Artistic
Productions are gearing up to host auditions for the 2019 production
of REEFER MADNESS.

Auditions take place Wednesday, January 9 and Thursday, January 10,
2019 from 6:00PM to 9:00PM, with Callbacks on January 13,
2019beginning at Noon. Auditions will be held at The KordaZone
Theatre, 2520 Seminole Street in Windsor, ON. Those interested in
auditioning are asked to book their audition slot in advance by
emailing reefermadnesskorda@gmail.com, and are required to include a
head shot, resume, and a desired audition appointment time.

All those auditioning are asked to prepare a one-minute comedic
monologue, 16 bars of a rock song, and 16 bars of a comedic musical
theatre song.

Due to mature content, actors must be 18 years or older to audition.
Available Roles include:

JIMMY HARPER: A wholesome, innocent high school teenager who runs into
trouble after he is lured into the dangerous world of reefer. Tenor.

THE LECTURER: A severe authority figure who warns the audience of the
perils of Reefer Madness. Baritone; must play 30+.

JACK STONE: The handsome and ruthless proprietor of the Reefer Den. A
30s gangster movie-type. Tenor; must play 30+.

MAE: An attractive, yet slighting haggard dame in her mid-30s; the
hostess of the Reefer Den. Alto.

RALPH: A denizen of the Reefer Den; formerly a fraternity man, his
college days ended long ago due to his reefer habit. Tenor; must play
20+.

PLACARD GIRL: Throughout the play, she reinforces the warning of the
Lecturer by holding large signs that clearly state the moral of what
we’ve just seen. Double as Ensemble. Strong dancing ability is a plus;
must play 18+.

Rehearsals will run from mid-January through June 2019, at a location TBD.

REEFER MADNESS is inspired by the original 1936 film of the same name.
This raucous musical comedy takes a tongue-in-cheek look at the
hysteria caused when clean-cut kids fall prey to marijuana, leading
them on a hysterical downward spiral filled with evil jazz music, sex
and violence. You won’t be able to resist the spoofy fun of Reefer
Madness. The addictive and clever musical numbers range from big
Broadway-style showstoppers to swing tunes like “Down at the Ol’ Five
and Dime” and the Vegas-style “Listen to Jesus, Jimmy”, featuring J.C.
Himself leading a chorus of showgirl angels. This dynamic show will go
straight to your head! Reefer Madness is a highly stylized and
satirical policital commentary. It contains adult humour, religious
parody, and drug use, as well as suggested violence and sexual
explicitness. It therefore may be inappropriate for younger performers
and audiences. From the Korda Vault – Originally Produced in 2010.

“The excesses to which marijuana smokers are prone now include
cannibalism, heavy-duty sado-masochism and orgiastic epiphanies,
alternately starring a goatlike Satan and Jesus.” – The New York Times