In celebration of Windsor’s MAYWORKS festival, Artcite, the Art Gallery of Windsor and the Arts Council Windsor & Region present a panel discussion addressing fair compensation within the arts, arts practice as labour and the intersections between activism and creative arts. This discussion will be moderated by Artcite’s Executive Director Teajai Travis, and feature ACWR’s Outreach Coordinator Kaitlyn Karns, and artists Jay Raven, Leslie McCurdy and Travis Reitsma. This honest dialog between local community artists and arts administrators will address compensatory barriers that disrupt the quality of life for artists, and the extent to which these barriers have been normalized in society ie: the struggling artist. Tune in via Zoom, on May 27th at 5:30pm (est).

Jay Raven is a self-taught artist specializing in painting, illustration, graphic art and mural creation. He has been working in the creative arts for 20 years and possesses extensive experience in a wide variety of artistic disciplines. He is passionate about artistic collaboration, murals, live painting and workshops. His work is regularly displayed in galleries, festivals and businesses throughout Windsor, Essex and Detroit, Michigan

Kaitlyn Karns (M.Ed) is the Administrative & Outreach Coordinator of the Arts Council Windsor & Region as well as a music educator, teaching private vocal and piano lessons to learners of all ages. Kaitlyn is an active member of Windsor-Essex’s creative arts community specifically in the performing arts and music scenes. Kaitlyn has been seen on stages across Windsor-Essex and the province in both theatrical and television performances. Kaitlyn is a graduate of the University of Windsor’s Masters of Education program. During her time at the Faculty of Education, she completed a thesis focusing on the pathways of creative arts undergrads and their transitions into higher education. She is very passionate about higher education and using the arts to educate students of all ages in an innovative way.

Leslie McCurdy: An award-winning performing artist with a BFA in Dance and Drama w/ teaching certification from the University of Michigan, Leslie McCurdy, has worked internationally as an Actor, Dancer/Choreographer, and Singer for over 24 years. She has many theatre, TV and film credits but is most “famous” for the one-woman plays that she writes and performs. She has toured to theatres and schools across North America with the inspirational works, “The Spirit of Harriet Tubman”, “Things My Fore-Sisters Saw” and “Harriet Is My Hero”. Also in her repertoire is a play about Billie Holiday titled “Lady Ain’t Singing’ No Blues. A documentary film about her career as a performer/activist, entitled The Leslie McCurdy Story: On the Money, airs on the Canadian CBC/GEM streaming network. Leslie loves volunteering as a coach/mentor with aspiring young performers and engaging in community activism whenever she can. More at http://lesliemccurdy.ca.

Travis Reitsma is a Windsor-based singer-songwriter, podcaster, activist, and researcher who has been active in the city since 2006. As a singer-songwriter, he’s released two solo studio albums and one with the band Diane Motel. He co-hosts This Is False—a local politics and labour rights podcast—with other artists and activists. He is also an award-winning academic and is currently completing his PhD in Sociology at the University of Windsor where he studies the barriers faced by those experiencing extreme poverty. As a member of the Industrial Workers of the World, Travis has spent nearly a decade as a union organizer helping with campaigns for fair treatment and better workplace conditions for working people in Windsor-Essex and throughout Canada.

Teajai Travis is an Afro-Indigenous artist, educator, curator and arts administrator. As a descendent of Underground Railroad traveller’s he continues in the traditional of freedom fighting. Although he carries a sword of peace, patience and compassion, he is no stranger to the frontline of the battlefield.

Teajai currently serves as the Executive Director of Artcite Inc., where he is dedicated to growing a sustainable landscape, capable of enriching the lives and practice of artist, local and abroad. Over the last decade he has established himself as a community advocate and shameless mouth piece for justice; calling out and working to dismantle systemic tools of oppression.

Teajai is proud to have served on the board of organizations such as: The Windsor Youth Centre, The Friends of the Court, Literary Arts Windsor, By the River Reading Series, The Bloomfield House as well a community consultant (representing Sandwich Town) for The Windsor Detroit Bridge Authority.

Due to the versatility of Teajai’s commitment to the community and his experience as an outspoken advocate of community art and representation, he is a sought after public speaker and educator, providing consultation and mentorship to a variety of organizations and emerging artists. 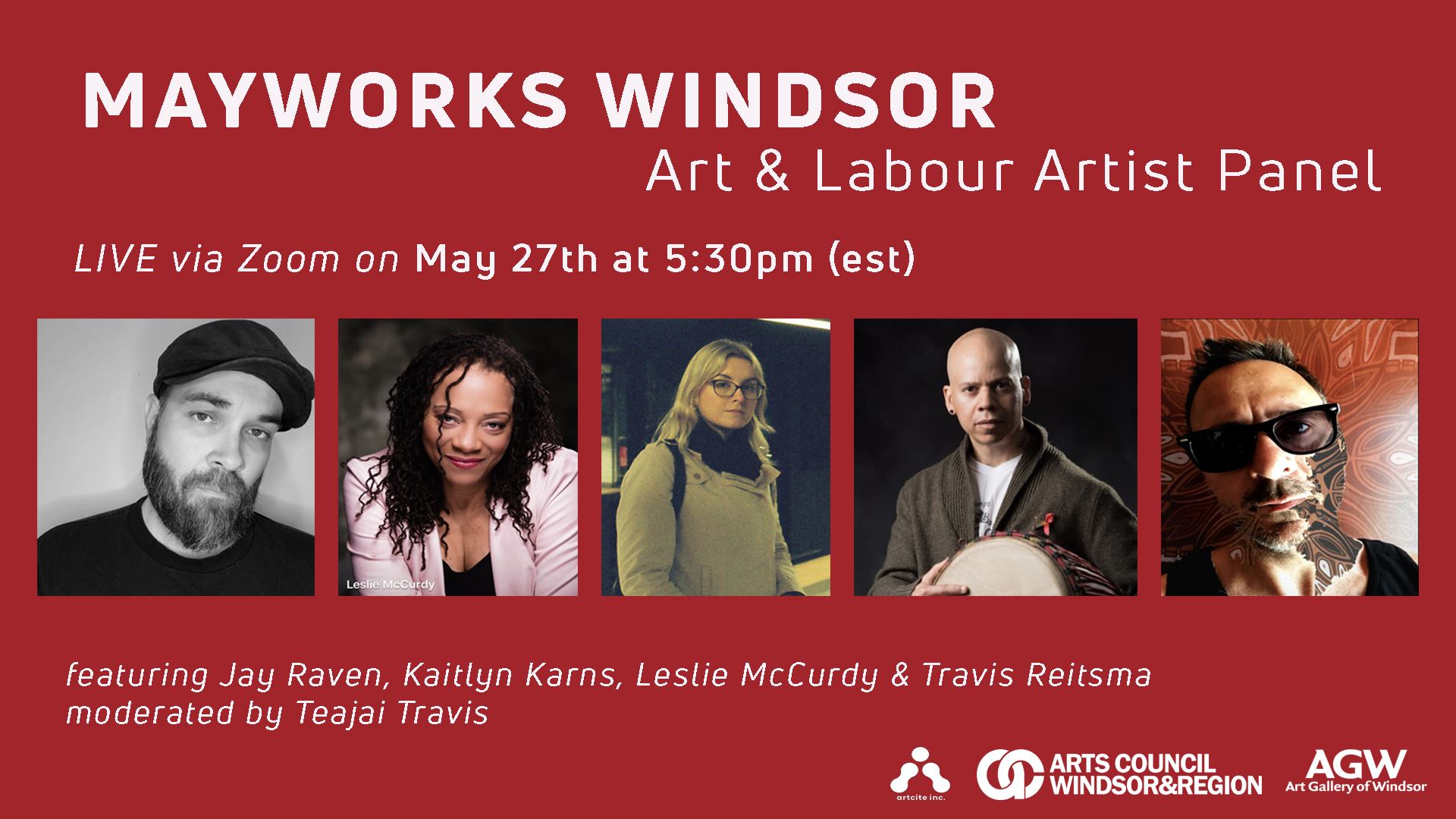