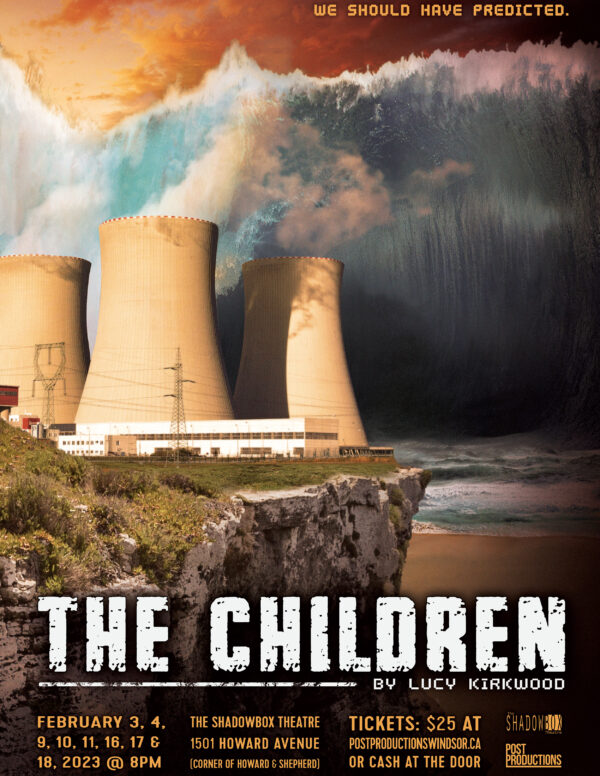 The Children by Lucy Kirkwood

In The Children by Lucy Kirkwood – winner of the U.K. Writer’s Guild Award for Best Play – society has disintegrated due to climate change and subsequent nuclear disaster. Hazel and Robin, two retired nuclear scientists, spend their final years living just outside the exclusion zone created by a leaking nuclear power plant. They have made their peace with the world as it is and are busy trying to get on with their lives until an old colleague, Rose, arrives with a frightening request forcing them to confront a moral and existential dilemma. Each person must find their own answer to an uncomfortable question: do all human lives have the same value?

Post Productions’ take on this moving post-apocalyptic drama showcases Kirkwood’s charming and captivating script via two unique interpretations starring two different casts – each one so vivid and authentic you’ll want to see both! And you can: if you see a performance by one cast for the regular ticket price, you can see a performance by the other cast for just $15.

WHERE: The Shadowbox Theatre (1501 Howard Ave., Windsor, Ont. – corner of Howard and Shepherd)

HOW MUCH: $25 via postproductionswindsor.ca or cash at the door (if available).