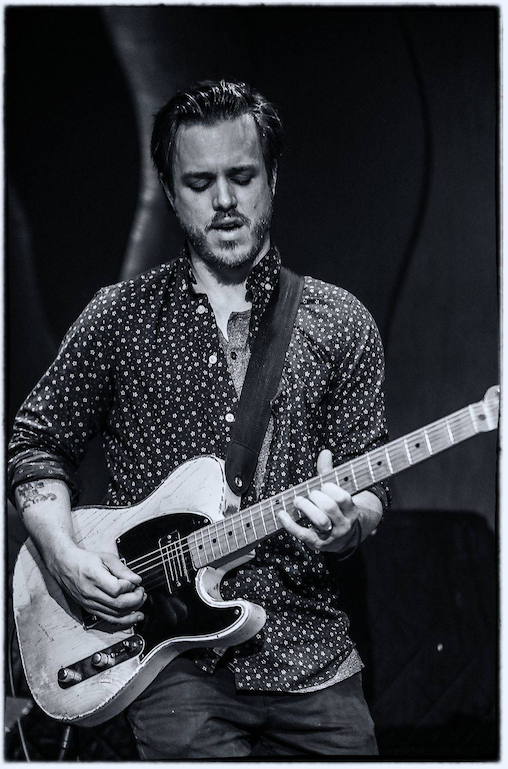 REFLECTIONS/INTROSPECTION: THE MUSIC OF THELONIOUS MONK,

Charlie Ballantine is a music maker who lives in the world. That may be a strange way to springboard into what should be your typical music focused press release, but Charlie is no typical musician. First off, he is a critically acclaimed, supremely talented jazz guitarist. In fact, he’s the Professor of Guitar at the University of Indianapolis and Professor of Guitar at Marian University, also in Indianapolis. As a teacher it is Charlie’s duty to know, and to point to the vast repertoires of those he calls predecessors and those who have also stood as guiding lights for his students.

The palette reaches beyond the classroom, setting the output of such legendary figures as Kurt Vonnegut and Bob Dylan, among others, to new interpretation. 2018’s Life Is Brief: The Music Of Bob Dylan, garnered particular praise, Indy’s National Road Magazine musing, “Therein lies the beauty of Ballantine. Don’t try to guess what tune he’s covering. The fact that you couldn’t come up with the name is what makes his work incredible.”

Therein lies the distinction between your run-of-the-mill tribute record and the sort of thing Ballantine does best. The material gets shot through a veritable cannon of re-envisioning. In effect, the genius of these historic works, like the repertoire at hand, are not disrupted.  In fact, on the other side, there is a reveal of a brand new dimension of the original work.

It is with this in mind that we present, Reflections/Introspection: The Music Of Thelonious Monk, Charlie Ballantine’s homage to the great Thelonious Monk with a body of work laying over a double LP set, one side of which is a tribute to Monk’s trio playing, and the other being a salute to his incredible quartets (Coltrane, Rouse, Griffin, to name a few) as well as each side featuring homages to his solo work.

Says Charlie of the process, “Monk has such an incredible catalogue that one of the big challenges we faced was what songs to choose and also what instrumentation to use. There is just so much timeless material from Monk’s trio work as well as his quartets with legendary saxophonists like Trane, Johnny Griffin, and Charlie Rouse that we decided to expand the project to a double LP with one LP being trio and the other LP being quartet.”

With the help of Amanda Gardier (sax), Chris Parker (drums), Cassius Goens III (drums), and Jesse Wittman (bass), Ballantine revitalizes Monk’s Blue Note period featuring re-cured versions of such gems as the album kick off, “Reflections,”  “Ask Me Now,” and the title’s first focus track, “Brilliant Corners.” The aforementioned sports an alluring psychedelic video accompaniment of which Charlie says, “Basically I was thinking of how Monk might utilize a multi media scenario in today’s environment so that was all I gave the animation team and they immediately leaned into the abstract which I thought was perfect. It’s hard to nail down an aesthetic with his music so I think what they came up with represents him and his musical tradition perfectly in the modern era.”

Reflections/Introspection: The Music Of Thelonious Monk  will be released on September 17, 2021 on Green Mind Records.