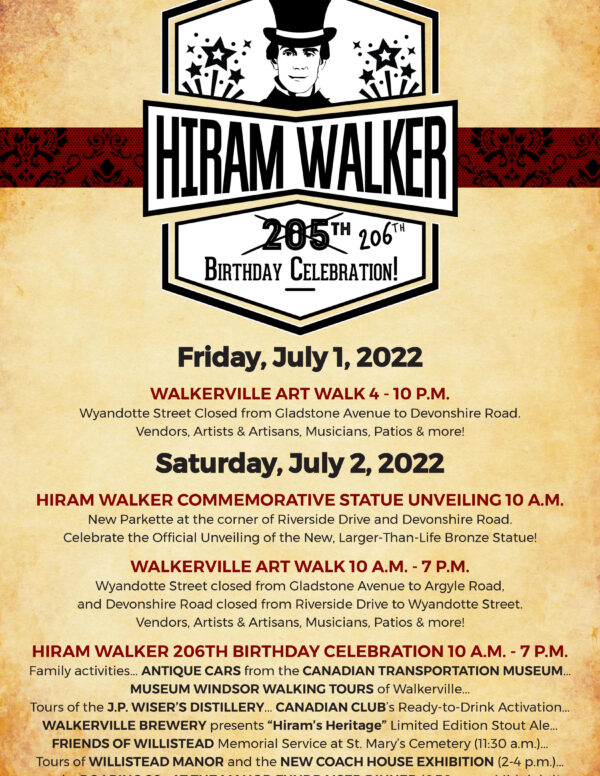 The Friends of Willistead will bring flowers and wreaths, and lead a short memorial tribute at the graves of Edward Chandler Walker and his wife Mary. The Walkers built Willistead Manor between 1904 and 1906. In naming the estate, Edward commemorated his older brother Willis, who had died some years before. Edward and Mary lived in Willistead Manor together for a short time until his death in 1915. Five years later, the Walker Family deeded Willistead Manor to the town of Walkerville. Mary Walker left the Manor and never returned. Edward and Mary were both born in Detroit, found each other and married, travelled the world together and are buried next to each other in Walkerville.