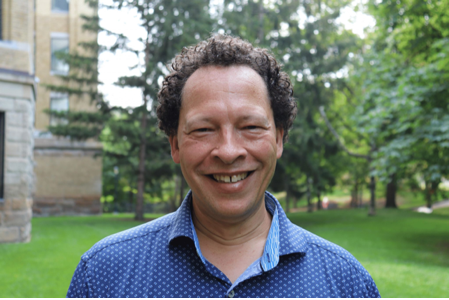 Lawrence Hill will describe his passion in merging the past, present and future with fiction, and his attempts to explore, dramatize and popularize little known corners of Black history and culture in Canada and around the world. He will draw from, discuss and read brief snippets from his novels The Book of Negroes, The Illegal and Beatrice and Croc Harry, and describe his novel-in-progress about the thousands of African-American soldiers who helped to build the Alaska Highway in northern British Columbia and in Yukon during World War II.

Lawrence Hill is the award-winning author of eleven books of fiction and nonfiction, including The Book of Negroes and The Illegal. In 2022, Harper Collins Canada published Hill’s latest novel, Beatrice and Croc Harry. Hill has volunteered with Crossroads International, The Black Loyalist Heritage Society, and The Ontario Black History Society. A professor of creative writing at the University of Guelph, he also teaches and visits with book clubs in federal penitentiaries. Hill is writing a new novel about the thousands of African-American soldiers who helped build the Alaska Highway in northern British Columbia and Yukon during World War Two.