Panel description: The purpose of this panel is to build practical/sustainable relationships between performing arts/visual arts organizations and newcomer artists, as well as to give information about relevant artistic organizations in our area to newcomers. Join us as we discuss all that local arts organizations have to offer!

Teajai Travis: Travis  is an Afro-Indigenous descendant of formerly enslaved peoples. He comes from a strong family of self-emancipated survivors who emigrated into so-called Canada in 1853, after fleeing the so-called United States, following the passing of the Fugitive Slave Act. Prior to his Ancestors, leaving their home in Mercer County, where they founded one of the first black settlements in Pennsylvania, they
were active in the Afro liberation movement known today as The Underground Railroad. As an artist, Teajai works in the spirit of the Ancestor, guided by the infinite light of their legacy. Using Spoken Word and abstract rhythmic sound art, Teajai explores existence, consciousness and humanity as a bubbling manifestation of sensations. He meditates on questions of reality and illusion and muses on the presence of naturally occurring patterns found in the makeup of the universe. He mindfully incorporates these themes into his work. Teajai Travis is an art educator with Arts Can Teach, the Founder and Director of The Bloomfield House, former chair of The Windsor Youth Centre, member at large with The Friends of the Court and Literary Arts Windsor and he is currently installed at the Executive Director of Artcite Inc. He often describes his creative style as “lyrical hood spit” a reflection of his humble upbringing in one of Waawiiyaatanong’s public communities. In the anthology By the River, published by Urban Farmhouse Press, he continues to describe his style as “channeling the desperate melodies of a pawn shop saxophone, praying abstract jazz to the whispers of a misunderstood Afro-Indigenous Renaissance. Inspired by the works of Nikki Giovanni, Dick Gregory, James Baldwin, Afua Cooper and Sal Williams, Teajai uses a poetic language to share the complexities of struggle and triumph from his unique lens.

Abbey Lee Hallett: Abbey Lee Hallett (she/they) is a Lebanese-Canadian person who is continually motivated by all things community-oriented. Currently, she works as the Audience Engagement Coordinator at the Art Gallery of Windsor, and as the Creative Content Manager for Arts Can Teach. As someone fascinated by many different sectors, Abbey Lee has worked in marketing at the Stratford Festival and the Sundance Film Festival, created wellness initiatives with Jack.org and LGBT Youthline, and has worked as a historical interpreter and tour guide at Fort Henry and the Haunted Walk of Kingston. In her spare time, you can find Abbey Lee singing too loudly to the Mamma Mia soundtrack, eating Lebanese food, or watching Loki on a loop.

Alejandro Tamayo: Alejandro Tamayo, is a Colombian/Canadian installation and media artist, writer, and educator. Tamayo earned a PhD in Visual Arts from York University, an MFA with distinction from the National University of Colombia, and a Graduate Certificate in Digital Technologies in Design/Art Practice from Concordia University. In his practice and research he recurrently employs found objects and materials as vehicles to open new perceptual and intuitive understandings of the material world. His work has been exhibited individually and collectively in Canada and abroad. When the pandemic started, Tamayo was the artist in residence at McMaster University Studio Art Program where he was conducting research on the relations between physical presence, poetic language and musical scores, and also exploring the possibilities of live-coding performances with the Cybernetic Orchestra. Prior to moving to Windsor, Tamayo was on the board of directors of Hamilton Artists Inc. where he acted as Treasurer. At The Inc. he also began collaborating with the New Committee, an action committee dedicated to help in the integration of new immigrant artists to the community. 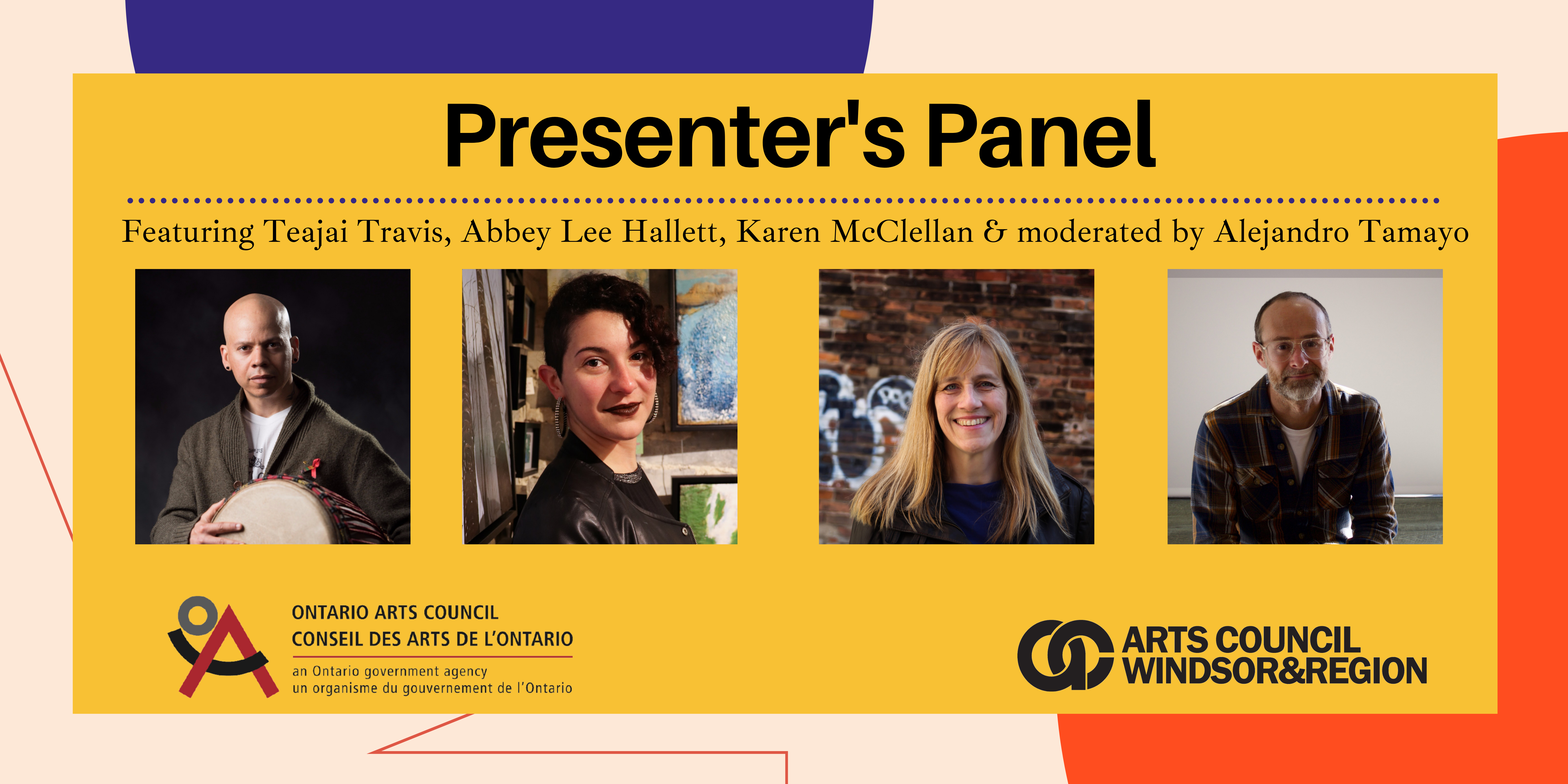 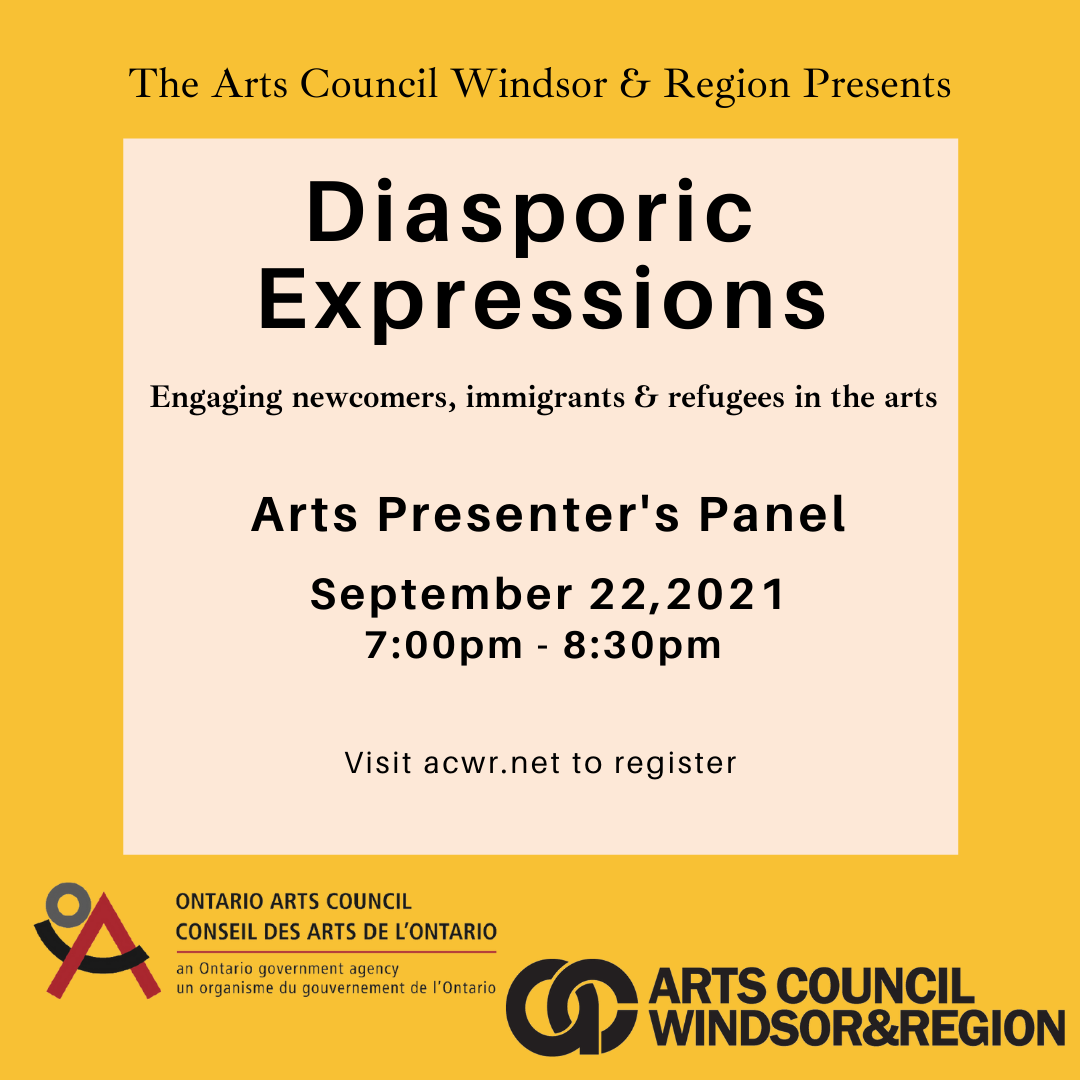